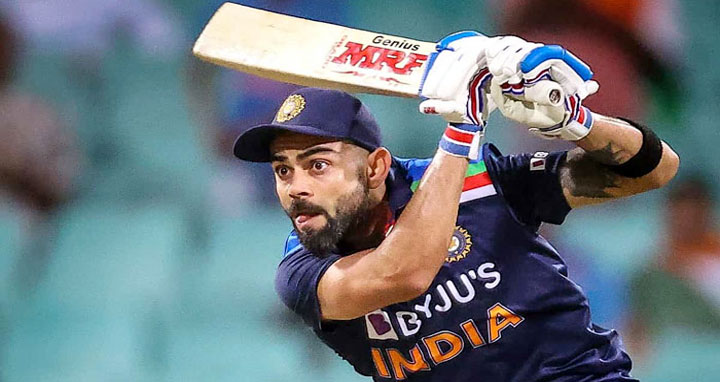 ODI cricket started on January 5, 1981. It has been 50 years since then. How many of these Rathi-Maharathi actually went. But Wisden has taken the initiative to select a total of 5 best cricketers every decade for 50 years.

Earlier, from 2010 to 2020, Virat Kohli was selected as the best cricketer of this decade. He was also voted the best of the decade in ODIs and Tests. England’s Ben Stokes has been named Wisden’s Cricketer of the Year for the second time in a row.

“It’s been 50 years since the first ODI was played,” said Cricketers Almanac. With this in mind, Wisden has decided to select one of the best cricketers every decade from 1981 to 2021. Where Virat Kohli has been selected as the best for the 2010 decade.

READ MORE :  The first session of the last day is in Bangladesh.

Sri Lankan spinner Muttiah Muralitharan has been named the best player for the 2000s (up to 2010). Sri Lanka played in the 2007 and 2011 World Cup finals based on his bowling. Muralitharan has taken 335 wickets in a decade from 2000 to 2010. Definitely better than any other bowler.

India’s Sachin Tendulkar has been named the best cricketer of the 1990s (up to 2000). Sachin Tendulkar was irresistible as the opener in this decade. It will be remembered that he started in 1994 against New Zealand with 72 runs from 49 balls. He also scored a maximum of 9 centuries in a calendar year in 1998. Which is routinely recorded.

Kapil Dev was the best cricketer of the 1980s. One of his most memorable moments in a decade was Viv Richards’ catch in the 1983 World Cup final. Which brought India the World Cup title. He has taken more wickets than any other bowler in this decade. He also scored 1000 runs at the highest strike rate.

The first session of the last day is in Bangladesh.
Know that the record is only in possession of Ashraful and Shakib.
RR vs KKR: Shubman Gill could not score a half-century in 11th consecutive innings, people said - Ex...