Rajasthan Royals (RR) have registered their first win of the season. Skip to content 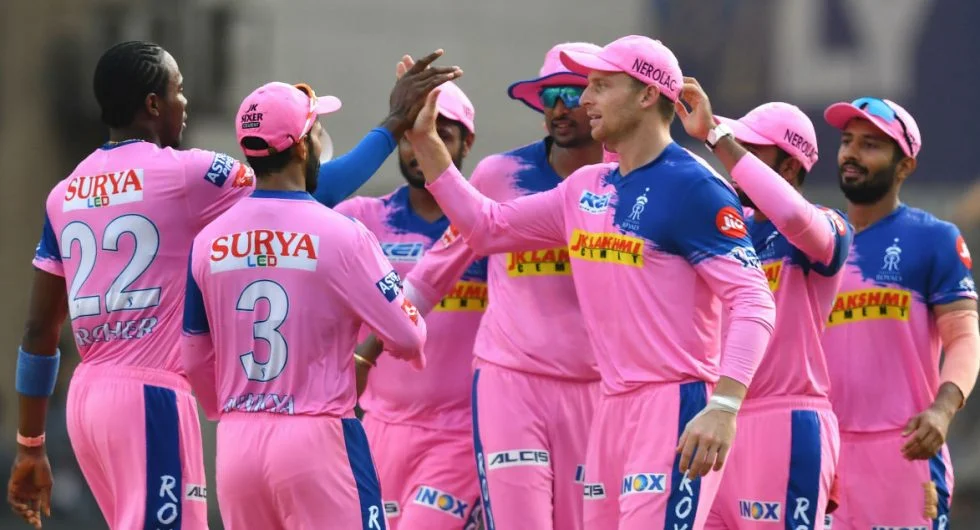 Rajasthan Royals (RR) have registered their first win of the season. In the 7th match of IPL, they defeated Delhi Capitals (DC) by 3 wickets. This is Rajasthan’s first win after 5 consecutive defeats against Delhi. Rajasthan last defeated Delhi on 11 April 2018. Chris Morris overturned the entire match, scoring 36 off 18 balls.
Batting first after losing the toss, Delhi Capitals scored 147 runs losing 8 wickets. In response, the Rajasthan team lost the match by 7 wickets and scored 150 runs. David Miller scored 62 runs off 43 balls. David Miller made his 10th FIFTY in IPL. Avesh Khan took 3 wickets for 32 runs for Delhi.
Delhi team’s first defeat in
the season This is Delhi’s first defeat in the season. In the first match, he defeated Chennai Super Kings and defeated him. At the same time, this is Rajasthan’s first win in the season. The team had to face defeat in their first match against Punjab Kings.

Half of Rajasthan’s team pavilion returned within 50 runs

Rajasthan Royals also had a very bad start like DC. The team lost two wickets for 13 runs in the third over itself. Chris Woakes got Manan Vohra out for 9 and Jos Buttler caught for 2 runs.
Kagiso Rabada, who was playing his first match of the season with the fourth over of the innings, gave the team a third blow. Royals captain Sanju Samson was caught by Dhawan after scoring 4 runs.
The team was able to add 19 runs that fast bowler Avesh Khan gave the fourth blow. He made his first victim Shivam Dubey. After this, Avesh sent Ryan Parag to the pavilion in the next over.
Half of Rajasthan’s team had returned to the pavilion for 42 runs. Shivam could score only 2–2 by playing 7 and Parag 5 balls.
David Miller held one end. He shared a 48-run 33-ball partnership for the sixth wicket with Rahul Tewatia advancing the innings.
Rabada gave the sixth blow at the score of 90. He sent Tewatia, who had settled at the crease, to the pavilion for 19 runs.
In the last 3 overs, Rajasthan needed 34 runs to win. There were 3 wickets left. Chris Morris and Jaydev Unadkat were present at the crease. They returned unbeaten after winning the match.
Pant’s Fifty, Unadkat took 3 wickets

Delhi Capitals scored 147 runs losing 8 wickets. Captain Rishabh Pant scored the highest 51 runs off 32 balls. Tom Karan scored 21 and Lalit Yadav, playing a debut match, scored 20 runs. The great thing is that there was not a single six in the innings. Unadkat took 3 big wickets for just 15 runs in 4 overs for the Royals team.
Delhi lost top-3 wickets within 50 runs, not a single six in the innings

The Delhi team had a very poor start. The team lost the first wicket for 5 runs. Prithvi Shaw scored 2 runs and was caught out by Jaydev Unadkat.
On the score of 16, Unadkat gave the team a second blow. He got the in-form Shikhar Dhawan caught by wicketkeeper Samson for 9 runs.
Unadkat did not let Ajinkya Rahane, who came in to bat at number three, catch up on his own ball. Rahane was able to score 8 runs. The team lost the top-3 batsmen for 36 runs.
From here, Captain Pant handled the innings with Lalit and scored 57 runs in 10 overs. Pant started playing fast from the 11th over. He scored 20 runs in 4 overs in an over by Rahul Tewatia.
Pant and Lalit shared a 51-run partnership for 36 balls for the 5th wicket. On a score of 88, the team received the 5th blow. Captain Pant was runout as soon as he completed Fifty.
Delhi had lost 6 wickets for 100 runs. Lalit Yadav, playing a debut match, scored 20 runs and was caught out by Chris Morris.
Tom Karan and Chris Woakes added 28 runs, but Mustafizur Rahman broke the pair. He bowled Karan.
The Capitals scored 45 runs after losing 2 wickets in the last 5 overs of the team. In the innings, 6 batsmen could not even touch the figure often. Despite Pant’s fifty, there was not a single six in the innings.
2-2 changes in both teams

In Rajasthan’s playing-11, Jaydev Unadkat and David Miller got a chance to replace injured Ben Stokes and Shreyas Gopal. At the same time, Shimron Hetmyer and Amit Mishra were dropped in Delhi’s playing XI. He was replaced by Kagiso Rabada and Lalit Yadav. This is Lalit’s debut match.

In both teams, foreign players
Marcus Stoinis, Chris Woakes, Kagiso Rabada, and Tom Karan were included by Captain Pant in Delhi’s playing-11. At the same time, Sanju gave a chance in the Rajasthan team to David Miller, Jose Butler, Chris Morris, and Mustafizur Rahman.
Both teams

Know that the record is only in possession of Ashraful and Shakib.
Afghanistan's run hill against Zimbabwe in the history of Hashmatullah's double century.
Happy New Year: New Debate About Shakib